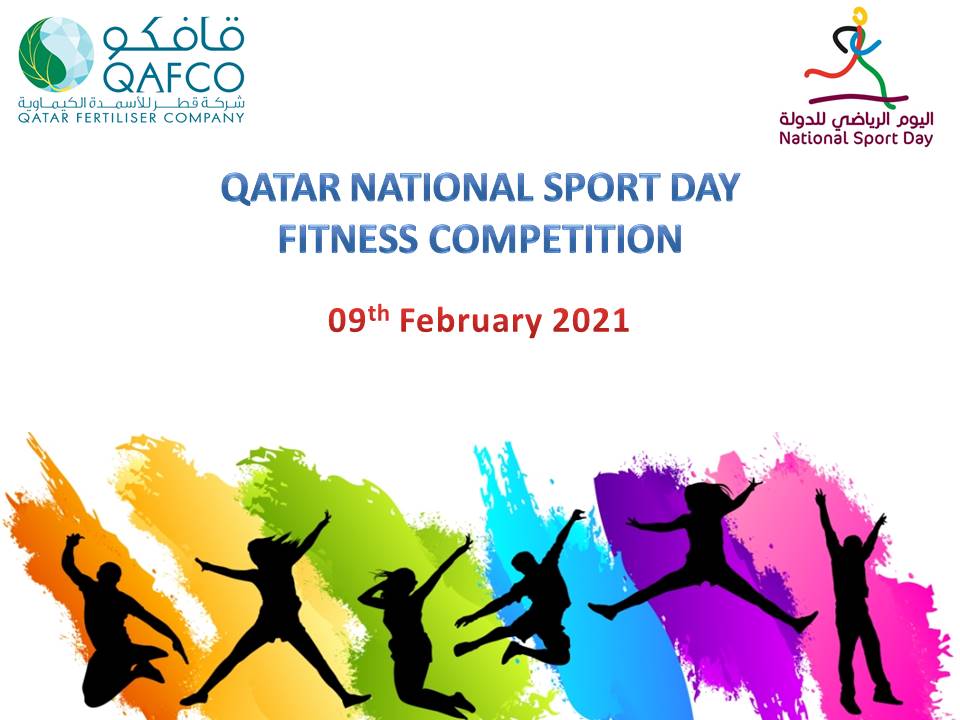 Reaccreditation of QAFCO Laboratory
Qafco laboratory has transitioned and obtained the reaccreditation from Dakks (Deutsche Akkreditierungsstelle GmbH) - Germany as per new reference standard "ISO 17025-2017 - General requirements for the competence of testing and calibration laboratories ". Accreditation is obtained for 39 methods of analysis used for characterization of final products and for control of environmental aspects (water and air emissions). The new Accreditation Certificate is valid for 5 years starting with 25.01.2021.
QAFCO Strategy
QAFCO donates equipment to CNAQ

As part of a MoU signed with CNA-Q in December 2019, QAFCO donated a variety of pumps, valves and bearings to the university to assist with student learning as follows:-

The College of the North Atlantic in Qatar (CNAQ) and Qatar Fertiliser Company (QAFCO) signed a Memorandum of Understanding to enhance cooperation in various fields. The MoU covers the topics of internal training, sponsorship of students of CNAQ, as well as technical training for short courses for QAFCO employees. The signing of this agreement followed from QAFCO’s visit to the CNAQ campus in fall 2019.

The students who attended Summer Internship Program at QAFCO during 2019, chose QAFCO “Formaldehyde Plant” as their "Design Project", and were awarded the 1st position in the Design Competition 2020. A total of 15 groups participated in the competition.

QAFCO contributed the following to assist in the completion of the Project Design :

1. Process presentation given at Qatar University.

2. Provided site visit to view the actual shape and size of the equipment.

3. Technical support and contribution towards designing of the process and equipment.

4. Mass and energy balance and the heat integrity of the entire process.

Qatar University appreciated QAFCO for the continued guidance and support to the senior students during the whole course of the Design Project.

wb
QAFCO and Qatar University partner to launch QRDG
In cooperation with Qatar University, QAFCO has initiated the “QAFCO Research and Development Grant” (QRDG). The grant is targeting faculty and students from different fields of research at Qatar University and supports Qatar University Research Strategy providing a supportive research environment. Moreover, QRDG grant supports QAFCO strategy in creating knowledge and contributing to enable Qatar becoming self-sufficient and building a knowledge-based economy to achieve Qatar National Vision 2030. The grant targets individuals from different fields of research at QU, including students, faculty members and staff. QAFCO grant will be dedicated to research proposals that provide solutions to research areas in process enhancement, environmental studies, climate change adaptation and soil health management. Commenting on this cooperation, Prof. Mariam Al Maadeed, Vice President for Research and Graduate Studies at QU, said: “This cooperation with QAFCO plays an important role in research experience at QU which focuses on Qatar’s research priorities. This grant an evidence of high-standard research, qualifications, equipment and QU’s contributions in the support development of research in Qatar.” Dr. Mohammed Al Salem, Director of Research Support (Grants & Contracts) at QU, said “QAFCO initiating this grant proves that QAFCO is focusing on contributing the support and development of different research priorities in country, which will eventually result in significant contributions to Qatar National Vision 2030”. Hassan Al-Mohammadi, QAFCO Chief Admin Officer, expressed, “This research partnership aims to support Qatar’s National Vision of 2030 as we believe that securing sustainable economic and social growth is not possible without a well-rounded view that prioritizes preservation of the environment. By doing so we will be able to secure the future for the next generation in Qatar. Supporting Qatar University Research Center is the first step to achieve effective results that will allow us to reach our future aspirations.” The application for QAFCO QRDG grants follows two phases. The first one is a six-month phase related to extended abstracts and the design of proof-of-concepts, then for those who will be selected by the joint jury, a one-year phase focusing on the implementation of the project itself.
Sustainability Report 2019
Qatar University and QAFCO sign MoU

Commenting on the MoU, Dr. Hassan bin Rashid Al-Derham, President of the University, said: “The cooperation between Qatar University and QAFCO is not new”. He commended the reputation of QAFCO at the local and international levels, stressing that it has attracted many of Qatar University graduates and students. He also commended its MD&CEO, Mr. Abdulrahman M. Al-Suwaidi stressing that he is a strong supporter of the university and its various activities. Dr. Al-Derham spoke about the role of the recently established Qatar Research, Development and Innovation Council that included in its strategy to encourage and strengthen this type of initiative to enhance the role of scientific research and its development, and to coordinate with petrochemical companies in areas that benefit society, which also reflects directly its development.

In this context, Dr. Al-Derham stressed that food security has become a priority after the blockade, and the university wants to progress the role of its farm and develop it into a model farm that benefits researchers and society with a focus on new technologies in the field of agriculture so that expertise and technology are combined.

Mr. Al-Suwaidi, said: “QAFCO is proud to partner with the local educational sector as part of its support towards Qatar’s vision of a knowledge-based economy. By signing the cooperation with Qatar University, QAFCO hopes to facilitate the development of a world-class educational system in Qatar, in alignment with the human development pillars of QNV 2030.”

Dr. Maryam Al-Maadeed spoke and praised QAFCO’s cooperation with the university and its rapid response to the university's request to support the field of scientific research.

The College of the North Atlantic in Qatar (CNAQ) and Qatar Fertiliser Company (QAFCO) signed a Memorandum of Understanding to enhance cooperation in various fields. The MoU was signed by Prof. Dr. Khalifa bin Nasser Al Khalifa, President of the College of the North Atlantic in Qatar and Mr. Abdulrahman M. Al-Suwaidi, Managing Director and CEO of QAFCO. The MoU covers the topics of internal training, sponsorship of students of CNAQ, as well as technical training for short courses for QAFCO employees. The signing of this agreement follows from QAFCO’s visit to the CNAQ campus earlier this fall.

Prof. Khalifa Al Khalifa said, "We are very happy to sign this important Memorandum of Understanding with QAFCO, which is one of the largest companies in the world in the field of chemical fertilizers production, as this agreement will be of benefit to both parties. We look forward to closer cooperation with QAFCO as we move forward in this important partnership in a way that guarantees benefit for both college students and QAFCO employees, and for the benefit of the Qatari economy."

Mr. Al-Suwaidi said, "QAFCO is proud to partner with the local educational sector as part of its support towards Qatar’s vision of a knowledge-based economy. By signing the cooperation with CNAQ, QAFCO hopes to facilitate the development of a world-class educational system in Qatar, in alignment with the human development pillars of QNV 2030.”

Founded in 1969 as a joint venture between the Government of Qatar and a number of foreign shareholders, QAFCO has evolved steadily over the past five decades as a world-class fertilizer producer. The country's first large-scale venture in the petrochemical sector, QAFCO was established to diversify the economy and utilize the nation's enormous gas reserve. QAFCO is owned 100% by Industries Qatar (IQ).